In previous articles, we explained that Washington State is facing a school construction crisis – with a need to build more than $50 billion in new public schools. In this article, we will look at the impact on a particular school district when the State legislature refuses to honor their constitutional obligation to build urgently needed schools. The school district we have chosen is the Highline School District. The impact on these students from the failure of our state legislature to build urgently needed schools has been devastating. We begin with a brief explanation of our State Constitution.

In 1889, the drafters of our Washington State Constitution understood the importance of education to the future of our economy and the future of our democracy. They therefore made the funding of public schools the “paramount” or most important duty of the State legislature. These same wise people had seen how school districts in other states had turned into a system of “rich schools in rich communities and poor schools in poor communities.” They therefore added a second lesser known clause to our State Constitution calling for a “uniform system of public schools.” In recent Supreme Court rulings, the Court has criticized the legislature not only for failing to comply with the full funding of public schools, but also for relying on local levies – which are unconstitutional precisely because they lead to a system of rich schools that can pass local levies and school construction bonds versus poor school districts that cannot pass local levies and school construction bonds.

All of which brings us to the subject of Highline High School. Highline High School is located south of Seattle - just 3 miles from Seatac Airport. It opened in 1924. So it is now about 91 years old and in need of replacement. As was reported in the local news lately, Highline High School now suffers from problems with rats, mold and a host of other health problems. It does not comply with the health code or the earthquake code. In the event of a major earthquake, most of its 1,300 students and their teachers would be killed or injured.

Here is a sign posted on one of the doors at Highline High School: 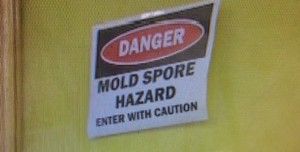 Recognizing these problems, the Highline School Board attempted to pass a school construction bond to replace the high school in November 2014. When this was defeated, they put it back on the ballot for February 2015 – when it was defeated for a second time. No one opposed to the school bond argued that the high school was not in need of replacement. Instead, they argued that they could not afford it. This fact is supported by the OSPI Property Tax Report which shows that school related property taxes in the Highline School District more than double school related property taxes in the Seattle School District. ($5.66 per thousand versus $2.55 per thousand). This means that for a $400,000 home, the annual school related property tax in Highline is $2,264 versus only $1,020 in Seattle). This is on top of all the other property taxes that are also higher in the Highline School District. https://www.k12.wa.us/safs/PUB/LEV/1415/2010r.pdf 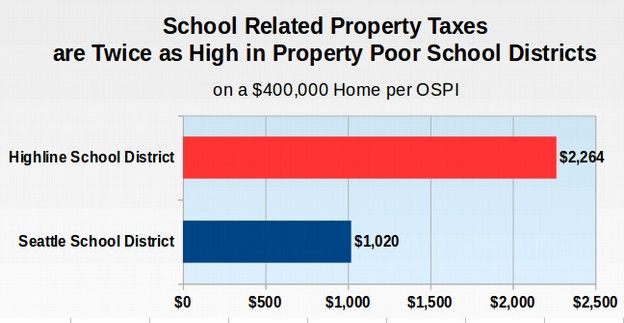 The cause of this huge and unfair difference in school related property taxes is that the Highline School District is a “bedroom” community without a lot of commercial property. Therefore, there is much less property to tax in Highline than there is in Seattle. As a consequence, the amount of property per student is much less in Highline than in Seattle. To be precise, according to OSPI report 1061, Seattle has a per pupil property valuation of $2,695,000. (Nearly two million seven hundred thousand dollars). Meanwhile Highline has a Per pupil valuation of only $677,000 – less than seven hundred thousand dollars. This means that it is four times harder to raise funds to build a new school in the Highline School district than it is in Seattle. https://www.k12.wa.us/safs/PUB/LEV/1415/1061r.pdf

This is precisely the situation the drafters of our State Constitution wanted to avoid when they made a “uniform system of public schools” a part of our State Constitution. They did not want the quality of a child's school to depend on the ZIP CODE the child lived in. Let's take a closer look at how the State legislature turning their backs on the students of the Highline School district has harmed these kids.

Rats, Mold, Unfair High Stakes Tests and the Zip Code Effect
Of the 1300 students at Highline High School, 65% qualify for free and reduced price lunch. 75% are minority students. The graduation rate is only 65%. In 2015, only half of the students passed the Biology End of Course Exam. 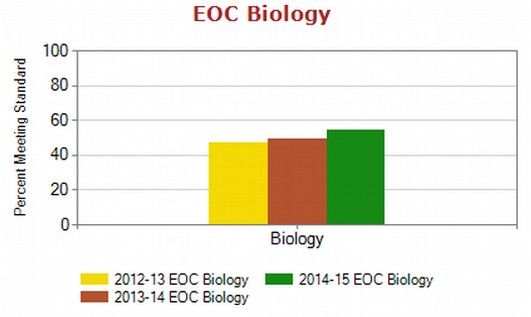 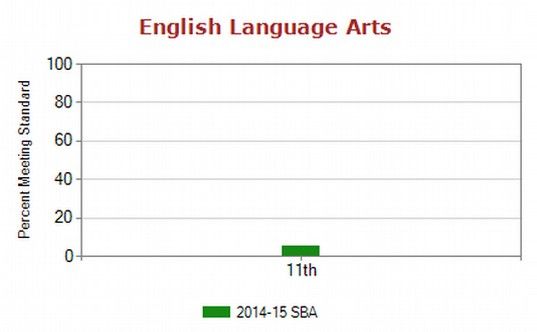 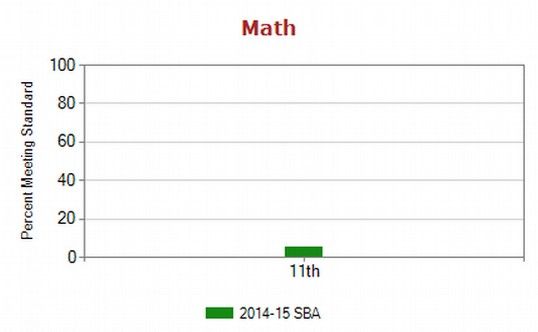 But before you go blaming these low income kids and their teachers, you should be aware that less than 10% of our State legislature can pass this extremely difficult SBAC math test! Nevertheless, this very unfair SBAC math test will be a graduation requirement for the Class of 2019. To see how grossly unfair the SBAC tests are, a year earlier about 70% of Highline High School students passed the previous state English test: 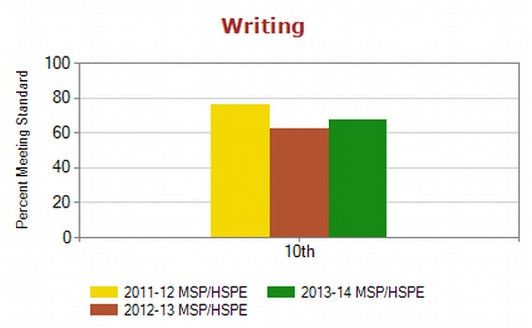 So 70% of the students were passing and at grade level in 2014. But because of the switch to the unfair SBAC tests, now 95% of the students at Highline High school will be labeled as failure and deprived of a high school diploma. It is the same with the SBAC Math test. In 2014, about 70% of Highline students passed the previous State math test: 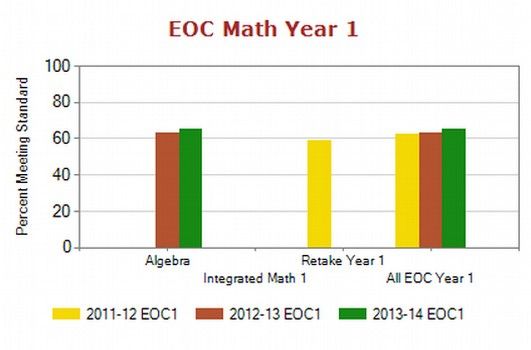 Yet in 2015, only 5% of these same students could pass the SBAC Math test.

How the State Legislature Inflicts a Triple Whammy on Struggling Low Income Students
In ignoring our State Constitution and defying the orders of our Supreme Court, the State Legislature has first deprived Highline students of safe schools to attend. Second, in refusing to fully fund the operation of our schools, the state legislature deprived these students of the teachers they need to succeed. Third, in forcing students to pass the unfair SBAC Common Core tests in order to graduate, the legislature raised the bar for graduation so high that not even the members of the State legislature could jump over it. So what we have at Highline High School is a group of low income struggling kids who have almost no chance of graduating under current law – and are attending a crumbling 91 year old school infested with rats, mold and other harmful agents – and a school that will collapse in the next major earthquake.

All of this in a community that is already being taxed to death and cannot afford to build a replacement high school. Meanwhile, we have a state legislature that found a way to give Boeing an $8 billion tax break in less than 2 days and gives away over $30 billion in tax breaks to billionaires and wealthy multinational corporations every year.

This situation is beyond disgraceful. It is immoral. It is time for every parent and every teacher to demand that the state legislature comply with our state constitution and fully fund both school operation and construction. The best way to achieve this goal without raising taxes on our poor and middle class is to pass Senate Bill 6093 – which would raise several billion dollars per year simply by repealing a tax break that billionaires use to avoid paying their fair share of state taxes.

Regards,
David Spring M. Ed.
This email address is being protected from spambots. You need JavaScript enabled to view it.
Coalition to Protect our Public Schools