Among the many marketing slogans of Common Core and SBAC test advocates is the claim that Common Core and SBAC will get all students “career and college ready.” Sadly, no test and no set of standards has ever shown any significant relationship to college readiness. So this claim of a miracle cure for our kids is no more possible than the claim made by No Child Left Behind advocates back in 2001 that NCLB would make all children “proficient” by the year 2014. We are now well past 2014 and it turns out that NCLB did not make any children more proficient. All this “drill, kill, test and privatize” approach to education really did was rob the tax payers and students of billions of dollars. What is lacking is serious critical thinking when it comes to the unsupported and in many cases provably false claims of Common Core and SBAC test advocates.

Here is an image of how Common Core and SBAC has been sold to the public: 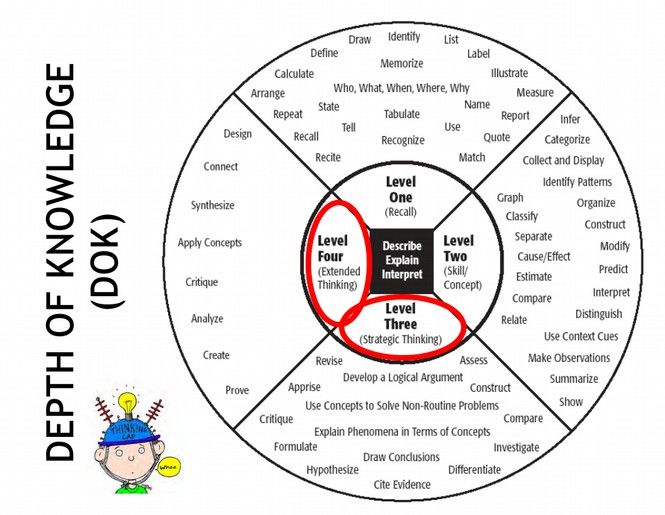 Here is the reality of Common Core and SBAC. The SBAC math test is filled with abstract and pointlessly complex questions that have no relationship to reality. It is no wonder that over 70% of high school juniors failed this test in Washington state in the spring of 2015. Should House Bill 2214 pass, accelerating the transition to the SBAC test as a graduation requirement from 2019 to 2016, the unfair SBAC math test will place the graduation of more than 50,000 students at risk.

But the SBAC ELA test is in many ways much worse. Only 40% of high school students failed the SBAC English course compared to the 70% who failed the SBAC math test. This only puts the future of 30,000 students at risk instead of 50,000 students. But the harm with the SBAC English test is not merely in the number of students who do or do not pass this test. To take the practice ELA test, go to the following link
https://wa.portal.airast.org/training-tests/

What you will see when you take the 11th grade practice test is a series of narrow-minded black and white, yes or no questions on some very low quality and often meaningless writings. Considering the fact that the SBAC test is one of the most expensive tests ever produced, costing tax payers more than $100 million dollars not including the billions of dollars spent on administering the test, one would have expected a test that asked questions about some of the great works in American literature such as the Declaration of Independence or the Gettysburg Address.

How Common Core and SBAC ignore Ethical and Moral Issues
Instead of classic works of English literature, the SBAC test uses writings that are little more than corporate propaganda. As an example, let's take a look at one of the three “sources” used for the SBAC ELA “performance” task. It is a New York Times April 9 2010 article by Tara Bernard. This article which could not even be called “news” advocates that states add a financial literacy course as a requirement to for students to graduate from high school. This would be in addition to all of the other courses required to graduate.

Before we get into the problems with this article, it is pretty disturbing that anything from the New York Times would ever be required reading for high school students. The New York Times is not much better than the National Enquirer. On July 5, 2015, the New York Times had the audacity to publish an article called “Now Europe Must Decide Whether to Make an Example of Greece” as if the people of Greece were small children who needed to be taken to the wood shed for failing to do their homework. The people of Greece were robbed of billions of dollars by wealthy banks and now face financial ruin at the hands of these same banks. But the author of the article not only failed to engage in critical thinking – he did no research at all. He merely repeated the corporate talking point. Of course, this is exactly what Common Core and SBAC want all of us to do. Stop thinking. Simply repeat corporate propaganda.

Here is what economist William Black had to say about the New York Times article:
“It is often the moral and economic blindness of New York Times articles about the EU crisis that is most striking... The missing aspect characteristic of the NYT’s coverage is ethics and humanity. To pick a mob “hit man” theme (“make an example of Greece) should have immediately alerted the author to the central moral issue. How did an organization such as the EU supposedly devoted to “ever closer union” get perverted into a device of extortion that according to the author is likely to destroy not only Greece’s economy but also its democracy? Note that the suffering of the Greek people is simply ignored in the article.” https://neweconomicperspectives.org/2015/07/the-new-york-times-urges-the-troika-to-make-an-example-of-greece.html#more-9567

Sadly, the 2010 New York Times article chosen by SBAC for their ELA test was not much better than the revolting example of New York Times yellow journalism described above. The 2010 New York Times article, speaks in glowing terms about the failed Ed Reform scams of Presidents Bush and Obama as if they were a rousing success. There is even a quote from one of Arne Duncan's assistants. The article assumes that taking on thousands of dollars of student debt is “normal” and that average Americans rather than corrupt bankers were responsible for the housing bubble and associated economic collapse. There is also a paragraph normalizing how to plan to live on a family income of only $21,000 per year – just above the poverty level. This is followed by a section normalizing federal intervention into the curriculum of state schools (something that is actually illegal under ESEA). Naturally, the recommended solution is to work with private corporations. I won't make you read the entire article. But below are a few paragraphs to give you a general idea of how SBAC ELA test corporate brainwashing works. Here is a link to the entire article in case you want to read the whole thing.
https://www.nytimes.com/2010/04/10/your-money/10money.html?_r=0

Working Financial Literacy in with the Three Rs
Most Americans aren’t fluent in the language of money. Yet we’re expected to make big financial decisions as early as our teens — Should I take on thousands of dollars of student debt? Should I buy a car? While no course in personal finance could have prevented many Americans from getting caught up in the housing bubble, it’s clear that most of us need some help, preferably starting when we’re still in school. And I’m not just talking about learning to balance your checkbook. It’s understanding concepts like the time value of money, risk and reward, and, yes, the importance of savings. All of this raises the question: What’s happening inside our classrooms?... The 11th grader, who simulated life with a wife and two children on $21,000 a year, told of balancing needs versus wants, trying to find an apartment in a safe neighborhood that fit the family budget and the effect of an unexpected rent increase on their savings.

“It’s hard because there is no silver bullet to get this into every school,” said Matthew Yale, deputy chief of staff to Education Secretary Arne Duncan. “It’s not as simple as saying, ‘We’re going to institute this in the 100,000 public schools in America.’ But our plan for reauthorization does make room for financial literacy in schools, which is a really big, big deal.” Mr. Yale was referring to the Obama administration’s plan to revise the Elementary and Secondary Education Act, commonly known as No Child Left Behind. He said the Department of Education’s next step is to work with districts and help them find the money they need, whether it’s through the many literacy-minded nonprofits or the private sector.

Mr. Yale also said that department officials were working on competitive grant programs, which would allow schools to compete for money to pay for the financial literacy programs. President Bush created the first Advisory Council on Financial Literacy in 2008, and President Obama plans to assemble his own team. In its annual report, the first council recommended that Congress or state legislatures mandate financial education in all schools for students in kindergarten through 12th grade.”

Now in case you may not know, education is generally accepted to be a “States” right. Neither the President or Congress have any business telling states how to run their public schools. As for financial literacy, balancing a check book may be an important skill. But learning how to recognize and ignore corporate propaganda is an equally important skill.

The author of this article would like us to believe that the economic collapse of 2008 could not have been avoided and was the result of a housing bubble. In fact, it was really the result of repealing the Glass Steagall Banking Regulation Act in 1999 which led to the massive corruption that collapsed the economy 9 years later.

But the real questions I hope you will consider are these:
Why was this extremely biased article even in the SBAC 11th Grade ELA test to begin with?
Who chose this passage and others like it?
Why is Common Core Standards and the SBAC test copyrighted by private trade groups funded by billionaires when they were both paid for with public tax payer dollars?
Why does the SBAC ELA test force students to write answers in a certain way (called a rubric)?
Doesn't lack of freedom in writing lead inevitably to a lack of freedom in thinking?
Doesn't “close reading” - which forces students to mindlessly search and quote only from prechosen text no matter how bad the text may be - lead to a lack of critical thinking?
Shouldn't we respect appreciate and promote divergent creative thinking as much as we promote tunnel vision convergent thinking?
Isn't the underlying principle of communication to respect all points of view and promote freedom of thought and expression?
Hasn't freedom of thought been the key to American innovation and economic growth during the past 200 years?

Common Core and SBAC are a one size fits all, all kids in the same box approach to learning. But the reality is that one size does not fit all and many kids do not fit well in the SBAC box. This is the reason that we should get rid of the SBAC test and stop labeling children as failures simply because they do not think in the SBAC way. Only when we honor all students as individuals and help all children achieve their unique potential will we truly begin to foster “critical thinking, collaboration, creativity, and communication skills.”