Why We Should Delink High Stakes Tests from Graduation Requirements

Recently, a study of 8,000 students in Alaska confirmed that there is no relationship between any high stakes tests and college achievement. Zero. None. The only reliable predictor of college success is a student’s high grade point average. Previous studies of more than 100,000 students in California and New York found the same thing. If you want to promote College Readiness, High School Grades matter. High stakes tests do not. This is why students should be focusing on doing well in their courses rather than doing well on an unreliable invalid test. This is also why most states in the US have abandoned forcing students to pass a high stakes test in order to graduate. 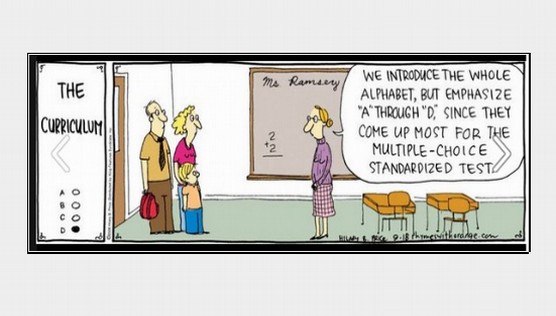 Sadly, some in the Washington State legislature still have not gotten this message. The good news is that a bill delinking high stakes testing from graduation, House Bill 1046, was passed by the House Education Committee on January 26 2017. Here is who voted for this bill: Santos, Dolan, Stonier, Harris, Muri, Bergquist, Caldier, Johnson, Kilduff, Lovick, McCaslin, Ortiz-Self, Senn, Slatter, Springer, Steele and Volz. Voting against this important bill were: Hargove and Stokesbary. On February 21, 2017, House Bill 1046 passed out of the House Appropriations Committee. Those voting for this bill included: Ormsby, Robinson, Chandler, MacEwen, Bergquist, Caldier, Cody, Condotta, Fitzgibbon, Haler, Hansen, Harris, Hudgins, Jinkins, Kagi, Manweller, Nealey, Pettigrew, Pollet, Sawyer, Schmick, Senn, Springer, Stanford, Sullivan, Taylor, Tharinger, Vick and Volz. Those voting against were: Stokesbary, Buys, Lytton and Wilcox. On February 28 2017, House Bill 1046 was approved by the House Rules Committee and sent to the House Floor. As of March 5, 2017, it is #38 out of 126 bills currently on the House Floor. The bad news is that it must be voted on and passed by the House by the House deadline of Wednesday March 8th. The bill has an emergency clause meaning that it will take effect immediately to help students graduate in June 2017 who have met all other graduation requirements except one or more of the three high stakes tests (Biology, Math and English).


How many Seniors will be harmed if House Bill 1046 is not passed?
We know from the Class of 2016 that over 1000 students were temporarily denied a diploma due to failure to pass the Biology High States test – even though they had all passed their Biology course. Because the Math and English tests have a higher failure rate than the Biology test, we can estimate that about 2,000 students will fail each of these tests – even though they passed their Math and English courses. The problem is that some students are simply bad at taking high pressure tests. They freeze up – even though they do well in completing their homework, get good grades and will likely do well in college. There are about 80,000 students in the Class of 2017. About 20% or 16,000 students will not graduate because they dropped out of school and/or did not complete their required courses. Thus, even if this bill passes, the graduation rate will still only be 80% statewide. However, if this bill does not pass, then an additional 5,000 students will be severely harmed by ridiculous irrelevant, invalid and time consuming high stakes tests – dropping the graduation rate to about 74%. It is time to end this insane focus on unreliable, unfair, over-priced high stakes tests. Please pass House Bill 1046.